The Psychology Behind the Blame Game 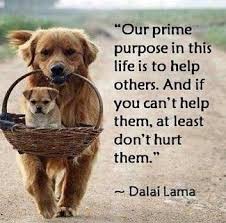 If you're a parent or simply someone old enough to be inundated with news, you know the details of the recent tragedies. With the TV, Internet, updates on our phones, social media, etc.twelve year old, it's impossible not to know. Ignorance is not an option. It's not as simple as not picking up a newspaper. You remember those thick bundles of black and white paper wrapped in cellophane and thrown on your twelve-year-old boy? Yeah, those things. If you didn't want to read it you could simply toss it, unopened into the recycling bin and move on with your life because let's face it, no news is good news.

Now I'm not saying we should be ignorant or uninformed. But we can't escape the news. It becomes interwoven in our conversations. Certain tragedies are so far beyond our comprehension, we become almost obsessed with them. The underlying current is consistent. "Can you imagine?" and of course as parents the one thought we can not think when we hear about a tragedy involving a child: "What if that had been my child?"

Now obviously in the mass shootings, someone pulled the trigger. It was someone's fault. Of course, that doesn't stop the political posturing. Gun control, government, and human rights come into play. This is as it should be, to some extent. If questions are not asked, issues not debated, we can't learn from tragedy and nothing changes. But that's another blog post for another day. I have neither the time nor the energy to get political. Psychology, though, that I can do.

Let's focus for a moment on the horrific tragedy of two-year-old Lane Graves, who was snatched by an alligator and drowned while splashing in a foot of water on the beach of Disney's Grand Floridian Resort. I won't rehash the details because I'm sure you know them. However, in the aftermath of this story on the heels of that of the little boy falling into a gorilla pit, the judgement has been flying. I have seen many articles, message boards, and blog posts asking, "But why the judgement? Why the pitchforks? Why blame instead of compassion?" Is is because we are at our core an evil, judgmental society? Do we truly live in a world of parent against parent? Let's face it, if we can't escape the news, we also can't escape the "mom wars". If parents can condemn each other for breastfeeding/not breastfeeding, public/private/home school, cloth or disposable, is the backlash so surprising when a child is injured or killed in a tragic accident?

I don't think it's surprising, but I also don't think the blame game is evil. It's salt in an open wound for sure, but it's human, and every one of us is guilty of playing it at one point or another. Why are people so quick to blame each other, and more specifically, why are parents so quick to condemn each other? I think I have an idea.

Let's go back to the terrifying question that bolts through the mind of a parent when the unthinkable happens: the loss of a child through a freak accident. "What if that had been my child?" Do me a favor; read that sentence again for me while thinking about the alligator dragging away a two-year-old boy.

"What if that had been my child?"

How did you feel? Pretty uncomfortable, right? Perhaps even terrified. This thought fills a parent with the worst kind of dread, because what is every parent's worst fear? We are human. We shy away from uncomfortable thoughts. On the heels of this thought, it is comforting to shake our heads and think, "No. No way. It couldn't have been my child. I would never let that happen to my child." Is this a selfish thought? A little narcissistic? Maybe. I would argue that it's also incredibly human.

Let's deconstruct this sentence. "It couldn't have been my child." This won't happen to me. I am safe. I would never survive what those parents are going through. Don't worry, it couldn't happen to me, to my child. "I would never let that happen to my child." I have control over my children's safety. If those parents could have prevented their child from dying in a freak accident, then I could prevent it too. I can prevent it. As long as I am a vigilant parent, no freak accident will take my child at a moment's notice while I watch helplessly.

"Where were the parents?" We know in this situation, they were right there. The father was within grabbing distance. But you see, as human beings, (especially once we become responsible for and completely in love with another human life) we don't like to be reminded how little control we really have. We can't imagine the horror of losing a child in the blink of an eye, so we don't. We tell ourselves it couldn't happen, not to us. We would prevent it, stop it, save our child. We know different, and that's what keeps us up at night. We know that those parents would have saved their child if they could have. We know they took their children to the most magical place on earth, gave them a special treat of staying up late and watching a movie on the beach and let their toddler get his hot, sandy feet wet, never once thinking they'd leave the beach without him, just like any of us might have done.

My friend and her family were in Orlando at the time at a different Disney resort. Like many families, they visited the Floridian, but when they got there, the pools were closed. I asked her about the beach, and she said they had a small sign that said No Swimming. She also said that that they had a play area on the shore. She said she would have easily taken her girls on the beach and let them cool their feet in the water. She's a good mom; a responsible mom. She would have easily taken her girls to put their feet in the water. The truth is, it could have been her child.

Not to beat the dead horse of the gorilla story, but my first thought was, "Not again! Haven't we learned anything from Brookfield Zoo? I would make sure my kids weren't climbing in there." Because I have control. Two days later, my self-righteous ignorance was knocked right out of my brain when I lost my three-year-old in Party City in the 2.5 seconds it took me to turn and put green paper plates into my cart. I turned back and he wasn't standing next to the cart. He wasn't in the next aisle or the next or the next. I panicked. I called, I searched. I promised that I would never think, "not my child" again. By the grace of God, he wasn't kidnapped, and he didn't run out the door into the parking lot. He was standing in the middle of an aisle, staring up at a turnstile display of party favors, mesmerized by the twenty-five cent wind up cars.  My child.

So who can we blame? Disney for not foreseeing the event and giving more specific warnings? The alligator for mistaking the boy for prey or for now knowing that it was in a man made lagoon meant for travelers?  What if we don't blame anyone? What if it were a freak act of nature no one would have reasonably predicted? That's uncomfortable, though. When something despairing happens, we want a chain of events. We want a reason to help us make sense of it.

If I've learned one thing after pregnancy loss it's this: sometimes there is no reason. Sometimes no one did anything to cause it and no one could have reasonably done anything to prevent it (at least not without being able to see into the future). You know that phrase, "everything happens for a reason?" I call bullshit. Sometimes things just happen. Accepting that may be uncomfortable at first, but we have to give up the "it would never happen to me" mentality. Trust me on this, it is ultimately comforting to learn that we can't control everything. Sometimes things just happen. Good things. Mundane things. Terrible things.

It could have been my child.

It could have been your child.

It was someone's child. Someone not much different from you or me.

So let's swallow that and move on with our hearts a little heavier. We know the parents can't possibly recover. But maybe they can slowly accept that there's no one to blame. Maybe they can slowly learn to live through the "what ifs" and "if onlys." Let's keep all victims of tragedy in our thoughts and (if you're a person of faith) prayers. To blame is human. To accept the randomness of some events, to sit with our lack of control, well that's a journey. A journey that hopefully leads to faith, acceptance, and compassion. 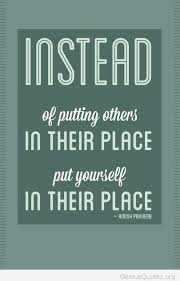