You Told My Child What?! It's amazing how hard parents work to build self-esteem in their children. For every time they boost their child's self-esteem there is at least someone or something that pulls it down - as though they are on a see-saw, going up and down, up and down on a ride deemed as dangerous. Ever been on a see-saw when the person on the other end jumps off and causes you to plummet to the ground? My sister broke her collar bone when someone did that to her, she was lucky. On the self-esteem see-saw, the damage could be far greater; its damage permanent.

We have been dealing with a lot of crap in our household lately, mostly school related, which seems to create all kinds of emotional baggage. The cyber-bullying incident ranked up there with the amount of shit it created in its wake. But as we worked to clean up that mess, another one appeared that had me furious and frustrated. 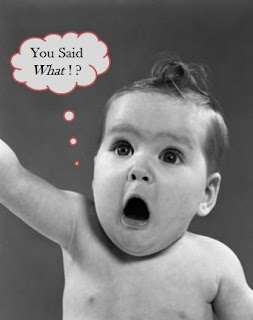 My oldest daughter is a junior in high school and is actively researching colleges, taking ACT and SAT exams and beginning to fill out college applications. Unlike my son, who didn't bother to do any of this until the last semester of his senior year, my daughter has been very proactive in her search for the right school for her. She has already visited four universities, one of which is her top school. Unfortunately for her, her top school is what they call a "reach" school which means, it is going to be really hard to get into due to GPA/test requirements. She knows this is a reach school and because of this, she has made sure she checks out and applies to other schools that she would not have trouble being accepted to. She knows what she wants and what she doesn't want in a university and she knows she doesn't want to go to a junior college. Compared to many juniors out there, she is much further ahead in this process.

That being said, a few weeks ago, she went in to talk to a guidance counselor about college planning. I can only imagine how excited she was to have this opportunity to discuss what she has spent countless hours working on. But the excitement was short-lived as the guidance counselor told her flat out, she would not get into her top school. He didn't say "it's highly unlikely" or "it's a stretch". What he said was, "you're not going to get in and here's why," followed by a list of stats on the last three years of admissions for that particular school. Not only did he slam the door in her face, he also locked it.

Now, I am a realistic parent. I don't sell my kids shit they will never be able to buy. I don't tell them they are great at something if, in fact, they suck at it. I tell them the truth. When they do something well, they know my compliment it genuine - that's just how I roll. Watching American Idol auditions had me cringing when parents would say what an amazing singer their child was when the child couldn't even carry a tune. I'm not one of those. So, I'm not going to build my daughter up and tell her she's going to get into a college that requires a higher GPA/testing scores, but I am not going to close the door and lock it either. Why not shut the door and lock it and tell her to move on? First of all, in a case like this, there is room for hope. Not all schools today are so cut and dry with their admissions, especially if a student exhibits other qualities that set them apart from those with higher scores. Second, squashing any hope of getting into their top school could have them giving up on the process and giving in rather than fighting to the end to increase his/her odds. And third, he/she may very well be the exact student they are looking for, regardless of the fact he/she may not check all the required boxes.

After my daughter met with the counselor (in the morning), I received a text from her that she wanted to go home. I knew this was an SOS since she never likes to miss school. I just happened to be at school for a presentation, so I went to the office and signed her out. She was an emotional mess and I was irate at this counselor for his insensitivity. I wanted to march into his office and ask him who the hell he thought he was - why he felt it was his job to dash dreams. But, I didn't. Instead, I took my daughter to get her nails done and then to lunch, all the while, talking her off the proverbial ledge and reminding her of the unexpected success stories of those who were told no and defied the odds. And yes, I also told her, if it's not meant to be, there must be a reason. Self-esteem is always hard to cultivate and grow in teens, especially girls, and one person with one thoughtless message can destroy it.

Once I calmed down, I did write the counselor an email, explaining the importance of the message he sends to the students he meets. I'm sure being a counselor is not an easy job, and I understand they see multiple students every day, but kids need a healthy balance of reality and hope in order for them to push through their insecurities - because, let's face it, kids are filled with insecurity. As a teacher by trade, I know how difficult it can be to foster a positive environment within the classroom, or any place where kids convene, all the time. Negative attitudes, inflated egos, and general teenage angst can create a calloused teacher, counselor or administrator over time. Why do you think teachers need the summer off?! But if you have taken a job in one of these positions, it is also your job to treat each student fairly, ridding yourself of any bias due to others you have encountered in the past. I have encountered too many jaded teachers and administrators recently and often find myself shaking my head, wondering why on earth they are still teaching or working within the school system if they can't stand the people they serve. It's appalling, really.

I don't mean to rant or give teachers and administrators a bad name - there are still countless great ones and we are blessed to have them teaching and guiding our children. It's just important to remember that each child responds differently in any given situation - no one student can truly be compared to another. The way their situations and needs are approached will either help or hinder the way they will view the world in the future. Who's to say the little boy or girl who sits quietly in the corner and who doesn't perform well on tests or school work isn't destined for something great? Shut the door on this child or prop it open and see if they walk through it? I certainly hope my children are surrounded by those who prop the door open and let them feel the breeze from the other side. 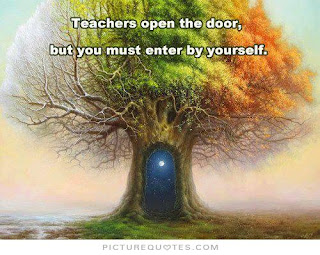 Email ThisBlogThis!Share to TwitterShare to FacebookShare to Pinterest
Labels: Self Esteem