Please, I Beg You To Do This One Thing 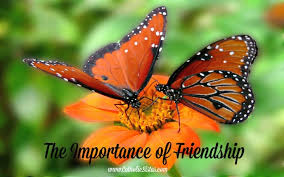 Not too long ago I received a text while working on some time-sensitive material.

"Hey, want to grab a quick glass of wine?"

Well, dang, yeah! You have to understand that I don't get many texts like this. It seems like my friends are always too busy to take the time to grab a cup of coffee or a drink these days. I know we all can be consumed with the responsibilities of parenthood, work, and other obligations, often putting our friendships on the back burner until we have time. It's easy to think of friends as a luxury, something that is allowed only after everything else is taken care of. But I think of friends as a necessity. 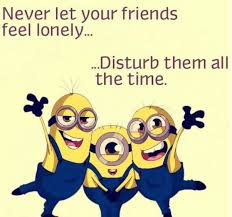 I have been exceedingly jealous of those who have unbending friendships. Those friends who survive the test of time and distance, who have and will continue to show up at your doorstep with a bottle of wine after a bad day, who plan girls (or guys) trips, take your kids when you need a break or call just to check in and show you how much they value your friendship. Those same friends don't fuss to clean their homes before you arrive or bother with their appearance or slave over the stove to impress you with their culinary skills. These friends have seen you at your worst and still love you. But they will also be the first to tell you the truth, even if it's not what you want to hear. If you have a friend or multiple friends like the one I have described, you are incredibly lucky.

There are both emotional and physical benefits to having good friends. Just knowing you have the support of others, especially when times are tough, can make what would be mountains seem more like hills or even small bumps in the road. Even if you have a supportive family, there's something special about a friend who wasn't forced to be connected to you and, chances are, your friend is at the same stage of life as you and can more closely relate to what's going on in your life. 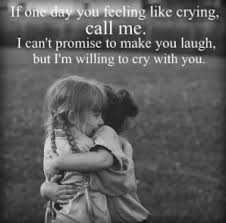 Lately, as I have attempted to forge new friendships, I have found that pure, uncensored honesty is one of the most respected and desired elements of a relationship. When I chat with people, I hone in on what's going on in their lives, hoping to gauge what they need from me. Do they need a pat on the back? A stroke to their ego? Or do they want to feel like they are not the only one who's treading water while sharks are nibbling at their feet? Usually, it's the latter, especially for women. Women are masters at covering up their struggles with a smile and a sweet Facebook post, but few live a charmed life void of conflict, anxiety or self-doubt. We are emotional creatures, always negotiating between what the heart wants and what the brain tells us, which rarely seem to agree with each other. So when I am talking with a friend, it's not usually the logical validation I am searching for (because I can get that from my husband), but rather the emotional validation that I crave. When someone can understand my heart, no matter how skewed it may be, and shows me through their own emotional struggles, I can connect and so can they. When I know a friend is treading in deep water, I find it's important to let them know that they are not alone by sharing similar struggles. For example, your friend might be flashing a faltering smile, and you say,

"What a craptastic week. I think I need a drink, how about you?"

Your friend's heavy smile falls, and her shoulders relax knowing she no longer needs to pretend that she's holding it all together. "Oh, yes, I could use a couple drinks, and a valium couldn't hurt," she says.

You both sit down with your drinks and after a toast to some needed time together, you blurt out, "My son just flunked out of college. Now he's home, and I think I may lose my shit."

And that's what starts an open, honest and supportive conversation that can last well into the night.

I do have friends who want to know all about my problems but never share their own. At first, I didn't think anything of it. I just thought they were amazing listeners. But as time passed, I realized I didn't know who they really were. I began to get frustrated that I had made myself vulnerable and it wasn't reciprocated. I thought because I had bared my soul, they should have done the same, like they owed me the same openness I gave to them. But, thanks to listening to Dr. Laura on the radio (I love her frankness and logic), I was set straight. They don't owe me anything. My idea of "I share, you share," is not and should never be a requirement of friendship. However, I do believe that those who do share, who dare to trust, allow a deeper friendship to grow.

What's my point exactly? Friendships are important, no matter what your age or what is going on in your life. Whether you're a ten-year-old or pushing 100, everyone needs someone outside of the family, to share things with. Women need other women just as men need other men. To push off those friendships because you're too busy or because you're struggling with something and are afraid to let others know, not only punishes yourself, it also punishes your friends and denies them needed time with a trusted friend.

So think about your friends who you have set to the side and ask yourself why. Is it because you don't enjoy their company? Or is it because you didn't prioritize them as being as important as everything else, or because you're embarrassed about some aspect of your life; the troubled child, the struggling marriage, the increased circumference of your waist? Would your friends judge you for those things or would they be the first to commiserate with you? Now that you have your answer, call them or text them and see if they have time for a coffee or a drink, sooner than later. Because your friend is waiting for you and I bet they need you just as much or maybe even more than you need them. Please, I beg you, to call that friend, make those connections and let them know they are worth your time.

My friend's text, the one that came when I was in the middle of something, meant more to me than she knew. It was the floatation device I needed after treading water for so long. 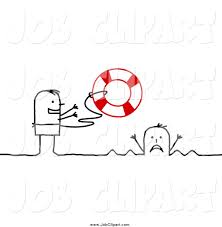 Posted by Jan Steele at 6:33 PM No comments: